Gender@UC & SUPERA: the University of Coimbra at the European Researchers Night

On September 24th, the SUPERA team at the University of Coimbra participated in the European Researchers Night.

In Coimbra, we organised a spot in one of the busiest streets downtown with another project at the University, GendER@UC EEA Grants, which focus on promoting the integration of the gender perspective in research. We opted for a participatory approach aimed to highlight the importance of gender mainstreaming in higher education, and invited a number of other inspiring gender-sensitive (action)research projects and initiatives rooted or ongoing at the UC to collaborate with us.

We present below the activities developed by each of our partners:

We decided to focus on the importance of the Equality, Equity and Diversity Plan of the University of Coimbra and created both a presentation and an interactive kahoot quiz that we used to engage with our audience. In the quiz, we were able to communicate both the need for Gender Equality Plans in higher education institutions (through questions about horizontal segregation, work-life balance, etc.) and the impact the plan has already had in the leadership structure of the university itself (through questions about the percentage of women in leadership at the UC both before and after the approval of the GEP). We also highlighted, through practical examples, the overarching influence of the GEP, demonstrating as it affects the whole academic community – and also the society as a whole. Another aspect whose importance we reinforced was the importance of using inclusive communication. 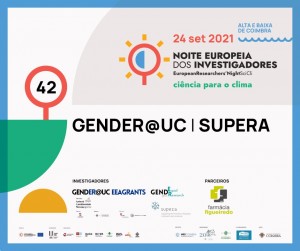 Figure 1. The flyer for the Supera & GendER@UC spot at the European Researchers Night

The project GendEr@UC spoke about the importance of integrating the gender perspective in research content, through a role of examples of projects whose results were skewed due to its absence, as well as those which have successfully integrate gender into the design, analysis and presentation of results, thereby producing more inclusive, realistic, and useful research overall.

Pandemic and Academy at Home – CES/UC

The Pandemic and Academy at Home project proposed an interactive game of questions and answers about the differentiated impacts of the pandemic on the research and teaching activities of women and men in Portugal, as well as questions about the integration of the gender dimension in scientific research and the University of Coimbra.

The Glass Frontiers project proposed an interactive presentation on how gender stereotypes affect educational and professional trajectories of men and women.

This project, which has recently received a grant from the European Commission, discussed the importance of integrating women in the public discussions on the Green European Deal, in particularly in citizen assemblies, by highlighting the importance of the gender perspective in addressing the climate emergency. 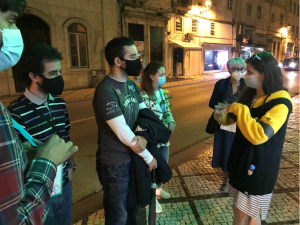 Figure 2. SUPERA in action at the European Researchers Night

It was also important for us to present the work of initiatives currently rooted at the University of Coimbra that are working to break stereotypes and increase the presence of women in scientific areas where they remain underrepresented, so we invited the Coimbra delegations of Women in Engineering and Girls Who Code to collaborate with us. Both were represented by both female and male students, thereby demonstrating that gender equality in higher education concerns both women and men.

Women in Engineering discussed the importance of including women in engineering and the gender perspective in the work of engineers through interactive quizzes, deconstructing gendered stereotypes that prevail in women’s access to STEM areas.

Girls who Code (As Raparigas do Código)

Girls who Code presented two separate activities – they had an interactive game about Gender in IT professions and brought the theme of stereotypes in artificial intelligence to discussion, an increasingly important issue in the network society, through a practical demonstration on facial recognition.

We were also lucky to count with the collaboration of the State Secretary for Equality, Rosa Monteiro, and the President of the Commission for Citizenship and Gender Equality, Sandra Ribeiro, who both sent videos in support of our event, and also featured some presentations produced by Journalism and Design students about gender equality at the University of Coimbra and in IT start-ups/companies.

Overall, this was a fantastic opportunity for us to present a collective narrative on why gender needs to be a factor in university governance overall, and we were lucky to spread the message to both the academic community and the general population in the city, including younger people. This was a successful occasion to disseminate our project to an audience that is normally removed from it, and our presentations and practical exercises certainly gave the public some food for thought on Gender Equality.

Manuela Aru2021-10-07T17:36:44+02:00October 7th, 2021|Tags: CES-UC, ern2021, european researchers night, gender equality|
SUPERA website uses cookies to gather information necessary for browsing the website and improving the navigation experience, in accordance with our Privacy Policy. By clicking on any link in the web pages you are giving your consent for the use of cookies. Ok